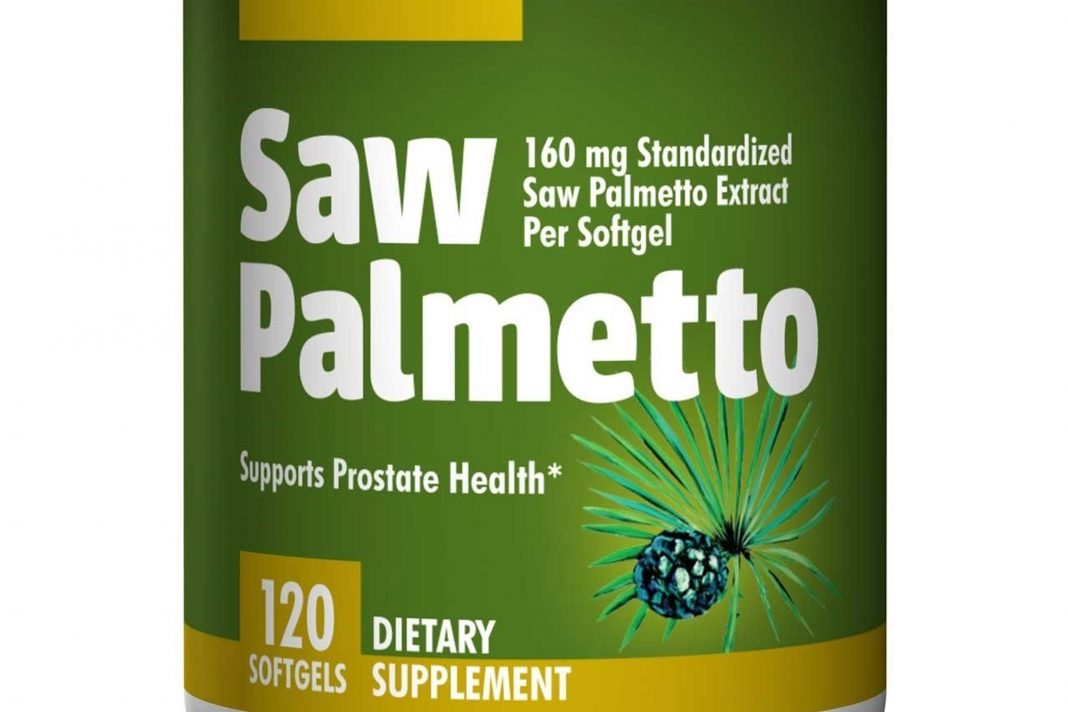 It is a natural product to block DHT (DeHydroTestosterone), saw palmetto is an effective anti-androgen. It reduces DHT levels in the body by blocking the enzyme 5-alpha reductase. Then the saw palmetto blocks the receptors of these cell membranes that they need to absorb DHT.

The active component of the extract contains phytosterols that inhibit the production of DHT. Pygeum also contains ingredients that reduce prolactin levels and prevent the accumulation of cholesterol in the prostate gland. Prolactin is believed to increase testoterone intake by the prostate, and cholesterol increases the fixation sites for DHT. Pygeum essentially reduces the levels of DHT in the blood, but also the number of sites where DHT can settle. This includes a reduction in the number of hair follicles where DHT could settle. While combined with saw palmetto, it seems to have a real synergistic effect in preventing hair loss.

Green tea is an extremely powerful antioxidant. It also reduces DHT and cholesterol levels. It is accepted that drinking green tea or taking it in tea extract pills can stop hair loss and facilitate regrowth. Green tea contains flavonols and catechins, substances in which we have discovered antioxidant, anti-tumour, anti-inflammatory and antimicrobial properties.

Research has shown that emu oil contains high levels of linolenic acid. Further research has revealed emu oil as a highly effective antiandrogen. Linolenic acid is a potent 5-alpha reductase inhibitor and can be used in the treatment of disorders associated with DHT. It has been suggested that inolenic acid may be used in disorders such as prostatic hyperplasma, acne due to androgenetic alopecia and hirsutism.
So in summary, it is accepted that emu oil can stop hair loss, and can also promote regrowth. This non-greasy oil can be applied directly to the scalp at night.

It contains a mixture of phytosterols that has anti-androgenic properties. It is a substance capable of blocking DHT. Beta Sitosterols actually contain more sterols than Dwarf Palm. In addition, Beta Sitosterols reduce cholesterol levels, which in turn reduces DHT production.

Even if L-Lysine is not a DHT blocker it can make DHT blockers more effective. Studies have shown that L-Lysine combined with DHT blocker can promote hair growth in people with andogenetic alopecia. Nourish and protect your hair

It is an excellent product and an important component in our strategy to stop hair loss. It significantly nourishes the hair and scalp by promoting their overall health. Its scalp cleansing properties have been well documented. In addition, it promotes hair growth and has anti-aging properties.

It nourishes hair and scalp by moisturizing them. It also has anti-bacterial properties that help to keep the scalp healthy, without any bacteria or fungi that can cause hair and scalp problems.
It contains several elements that seem to be effective in fighting hair loss such as biotin, vitamin B, zinc and even inositil. In addition to its moisturizing qualities when applied to the scalp, it also increases blood circulation in hair follicles.

It is the most popular supplement for healthy and beautiful hair, skin and nails. Also known as vitamin H, this vitamin promotes hair growth, protects against dryness and acts in the biosynthesis of unsaturated fats.

Olive oil has been used for years to prevent hair loss. Since olive oil has the ability to reduce cholesterol, it is able to reduce its accumulation in the scalp. Since it reduces cholesterol, it prevents the production of the enzyme 5-alpha reductase and therefore prevents the production of DHT. It helps to keep the scalp clean and healthy. Olive oil improves the condition of the scalp and gives body and shine to the hair.

MSM is necessary for the synthesis of collagen in skin, hair and nails. MSM helps to keep hair, skin and nails healthier. It feeds on free radicals. This means that it protects against free radical damage. MSM is quickly gaining recognition as a supplement used in the treatment of allergies, but it also boosts the immune system, helps heal damaged tissues and promotes healthy joints. Recently, faster hair growth has been observed and demonstrated.
GOTU KOLA

Offers many health benefits. It is known as a powerful enhancer of the “brain and memory”. With regard to hair loss, Gotu Kola increases the blood circulation of the scalp. When enough blood reaches the follicles, the effects of DHT affect them less to destroy them.
They are stronger and healthier.

Aloe vera is a wonderful product. Apart from the well-known moisturizing effects, it contains many of the products that seem to be effective in fighting hair loss. Like biotin, vitamin B, zinc, and even inositol it also has anti-bacterial properties that help to maintain healthy scalp, controlling the body’s immune response that we know can have harmful effects on hair growth. In addition, the moisturizing qualities, when applied to the scalp, increase the blood circulation of the hair follicles.

Has a dilating effect on the capillaries by increasing the circulation of the scalp and thereby stimulating hair growth.
Niacin can also reduce cholesterol accumulation, which is important since cholesterol on the scalp converts into 5 alpha reductase enzymes.
In addition to niacin (B3), a lot of vitamin B is very important without preventing hair loss and improving for healthy hair growth. It is important to include a B complex as an element in your personal strategy, which offers many other benefits.

Since hair is mostly made of protein, which is the same substance that connective tissue is made of, so a food like silica that strengthens conective tissue, is also a crucial element for good hair growth….
The importance of silica is often overlooked, but this natural substance declines with age. As a result, many scientists believe that silica supplementation can be useful for better cardiovascular function and hair growth, which are often compromised during aging.

Increases blood circulation in the areas where it is applied. Causes hair to regrow and thicken. Darkens grey hair.
Studies in which Emu oil has been applied to mice have shown that topical application of Emu oil increases DNA synthesis in the epidermis, which is a measure of increased proliferative activity of the epidermis. The increase in pigmentation and hair of the animals receiving the oil shows that the topical application of emu oil stimulates the development and follicle growth of melanogenesis and hair. Histological analysis showing an increase in epidermal thickness, hair follicle size and length provides clear evidence that topical application of emu oil stimulates skin growth. Hair growth and induces the proliferation of cells around the hair follicle.
So in short, it is now believed that emu oil can not only stop hair loss, but it can actually promote regrowth. The oil is non-greasy and can be applied directly to the scalp at night.

Stimulates circulation. Improves the effectiveness of other herbs. In hair loss, chilli pepper improves blood circulation, which is essential to stimulate hair regrowth and protect hair follicles from the effects of DHT.
Pepper has been used for decades as a catalyst for other herbs. Since chilli pepper stimulates and increases blood circulation, it is considered a food for the circulatory system, a common condiment for a diet. Its red colour is partly due to its high vitamin A content. Vitamin A is essential for normal vision, growth, cell activity, reproduction and healthy immunity.

Has long been used by Ayurvedic medicine in India to fight hair loss. It is thought to stimulate hair growth.