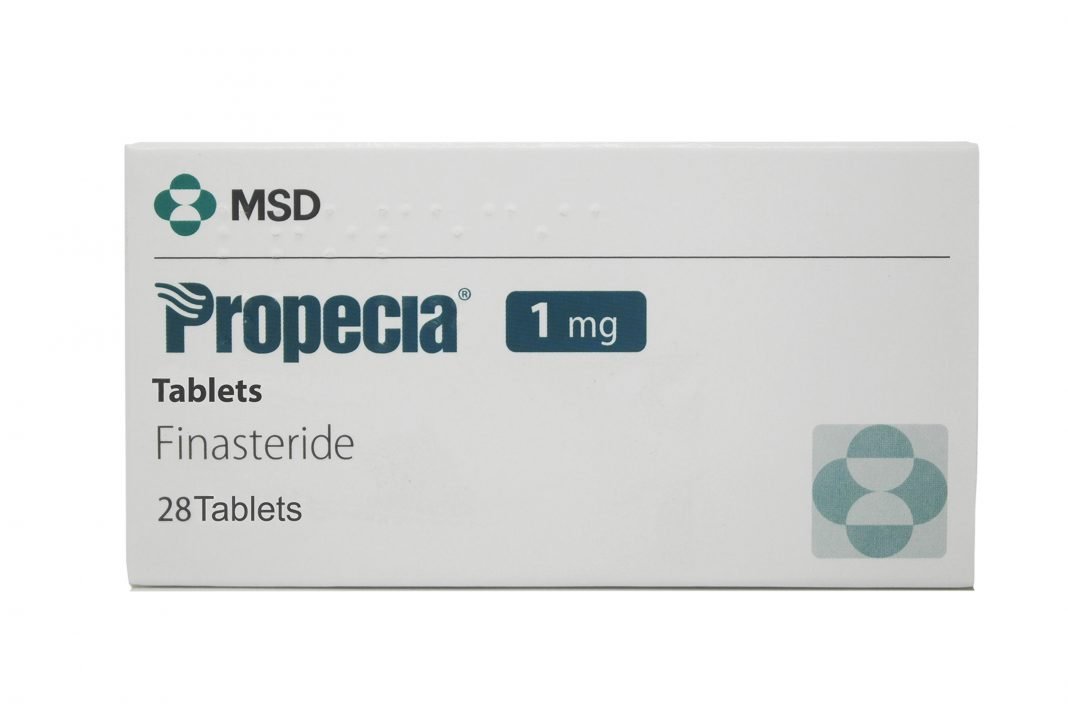 Finasteride plays an absolutely crucial role in the treatment of hair loss. it was originally developed to treat symptoms associated with prostate hyperplasia, a very common enlargement of the prostate in older men that can develop into cancer.

During the introduction studies, it was found that side effects included the growth of the hair on the head. After further clinical studies, the 1 mg dosage was marketed by the manufacturer Merck under the trade name Propecia.

Finasteride interferes with hormone metabolism by preventing the metabolism of testosterone to dihydrotestosterone (DHT). The point of attack is an enzyme called 5-alpha-reductase, which we will discuss later, the active ingredient finasteride is now a product used worldwide to combat hair loss. After the patents expired, numerous low-priced imitation products came onto the market, which have further expanded the market.

One tablet of Finasteride (1mg) daily. Consummation: With or without meals. It has not been proven that a higher dosage can achieve a higher efficacy.

The duration and effectiveness of the treatment should be continuously assessed by the treating physician. First signs of a stabilisation of hair loss are usually to be expected after a therapy over a period of 3-6 months (with 1 x daily administration of finasteride). Continuous treatment is recommended to maintain efficacy. If the treatment is discontinued, the effect is reduced within 6 weeks. After approximately 9-12 months after discontinuation of treatment, the hair status returns to its original state (before the start of treatment).

Finasteride acts by intervening in the process of androgenetic hair loss that normally follows this process:

Finasteride inhibits the formation of DHT and noticeably reduces DHT levels over a period of several months to minimize the effects of DHT on hair follicles.

Finasteride is contraindicated in women. The tablets have a film coating that prevents contact with the drug ingredients under normal handling. If the film-coated tablet is crushed or broken, this safety is no longer guaranteed. Tablet parts should therefore not come into contact with women who are pregnant or are considering this.

Resorption of finasteride may pose risks to male unborn children as finasteride inhibits the conversion of testosterone to dihydrotestosterone (DHT). If finasteride is taken by a pregnant woman, it can lead to malformations of the external sex organs of male fetuses.

No long-term data on fertility in humans are available, no specific studies on subfertile men have been carried out. In addition, male patients with a desire to have children were initially excluded from the clinical trials. Animal studies did not show any relevant negative effects on fertility, but aftermarket introduction infertility and/or poor semen quality were reported as side effects in spontaneous reports. In some of these patients, other risk factors may have contributed to infertility. After discontinuation of finasteride, an improvement or normalisation of semen quality was reported.

Clinical studies in men between 18 and 41 years of age who treat hair loss with finasteride showed a decrease in the mean serum level of prostate specific antigen (PSA). After 12 months, the value dropped from 0.7 ng/ml to 0.5 ng/ml. In men taking finasteride, a doubling of the PSA level should be considered before assessing this test result.)

This includes a list of adverse events from clinical trials and/or post-marketing, as well as side effects that are spontaneously reported.

The frequency of all side effects and side effects reported after market launch cannot be determined with certainty, as the information comes from spontaneous reports.

After launch, the persistence of sexual dysfunction after discontinuation of finasteride hair loss treatment was also reported, with reduced libido, erectile dysfunction, and ejaculation disorders.

Patients should consult their physician immediately if symptoms such as changes in breast tissue (lumps), gynecomastia, discharge from the nipple, or pain in related areas of the body become apparent, and if psychiatric symptoms occur, the patient should be monitored, treatment with finasteride should be discontinued immediately and a specialist should be consulted.

Impact and prospects of success

Androgenetic alopecia (hereditary hair loss) is very common and is increasingly perceived as a stressful problem. With higher professional demands and new trends, the demand for body aesthetics has also reached a new age. The own external appearance contributes a lot to the well-being and is decisive for self-confidence and success for many people affected by hair loss. In addition to a well-groomed appearance, it is also significantly influenced by hair status and the hairstyle. Hair loss can, therefore, cause immense suffering, which can affect the life of a person affected both professionally and privately.

A treatment in the form of hair loss therapy with finasteride is very promising. With recommended, continuous therapy (see also “Dosage and application”), hair loss can be stopped. The hair density can increase noticeably and also the improved hair structure can have a very positive effect on the hair volume and the overall impression, but even at an advanced age male hair loss sufferers can still hope, as a study published in 2003 by the international journal European Journal of Dermatology shows (Whiting DA: Efficacy and tolerability of finasteride 1 mg in men aged 41 to 60 years with male pattern hair loss.

Those affected by androgenetic alopecia who are considering hair transplantation should consult a specialist at an early stage about treatment with finasteride (finasteride). For most renowned hair surgeons, a basic prerequisite for hair transplantation is that hair loss should be stopped prior to treatment, which could at least almost be stopped.

It is, of course, important to note a few essential points: