The hairline is the gateway to the face of a person. It frames the features of the individual and enhances them to give a better aesthetic look.
This is exactly why it is important for a hair transplant surgeon to follow every unwritten rule on the art of creating a hairline.

The most critical thing is naturalness and hairline positioning. We should be able to position it from the eyebrow centre in the right point and we should also be taking care of frontal, temporal angle and the temple points. These three things are vital. When you talk about the hairline, it is not a line, it is a zone, a zone of close to 6 to 7 layers of single hair follicles and they have their own kind of typical characteristics. These hairs are thin, less coloured & slow growing. With this type of hair, you have to choose from certain areas of the donor area, mainly from the nape of the neck, but sometimes the nape of the neck does not have this type of hair and there may be retrograde thinning. In that type of case, these hairs are harvested from just behind the ear, above the ear or in front of the ear. You have to actively search for this kind of hair to transplant on the frontal hairline. 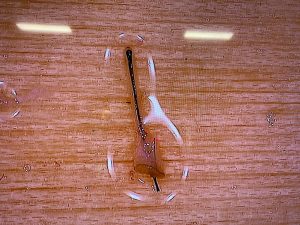 If you don’t use higher magnification, you tend to miss some telogen hair. Let say there is a graft containing 3 hairs, one could be in the telogen phase, one hair in the growing phase and one hair in the resting phase. Telogen phase, if you don’t have enough magnification then you can`t see it and you could mistake that graft for a single hair unit. If the graft contains 2 hairs, one in the telogen phase that has been missed, then that will grow on the front as a double hair. So in that case, if you don’t use magnification there could be multiple hairs containing doubles, triples or quadruplets. These larger units will give an unnatural, pluggy appearance. Using the right kind of magnification is important. A magnification system with more than 30-40 times of magnification is important to see these kinds of hair. When grafts are ready for sorting, they are subject to high magnification. The technician’s and doctors search for these hairs. This way, you can minimise the risk of doubles or triples on the hairline. Magnification up to 50x is recommended to try and avoid these telogen hairs being transplanted to the frontal hairline.