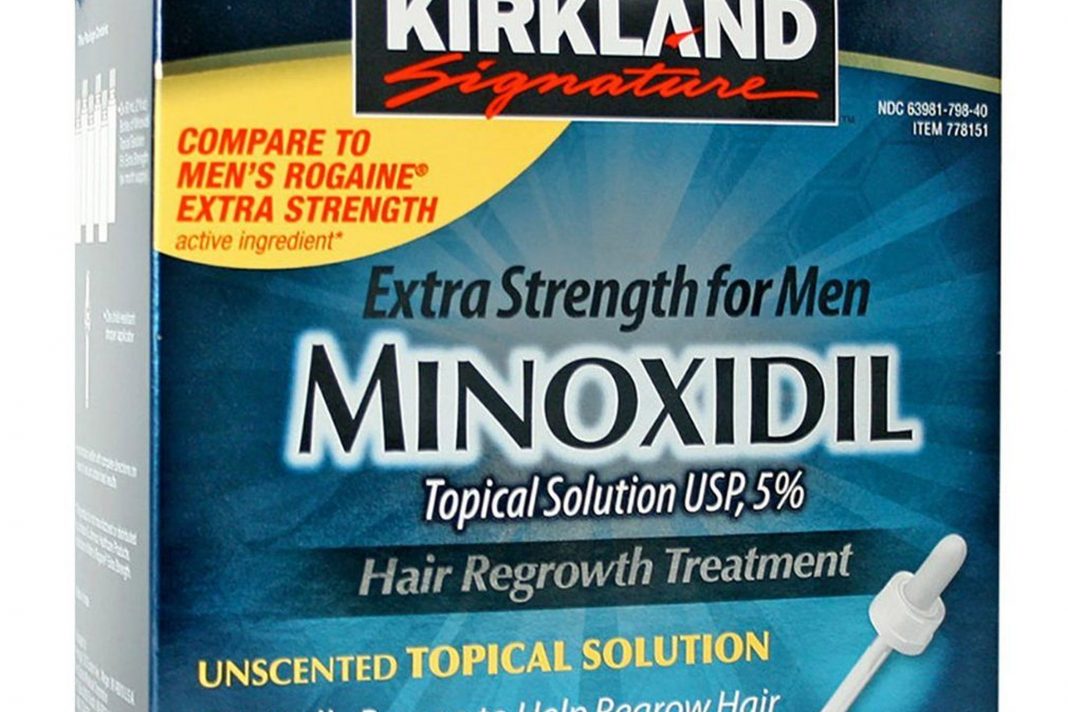 Minoxidil is one of the most widely used hair loss remedies in the world. It is only used in an external form, otherwise it can have a strong effect on blood pressure. The usual dosage is 2% and 5% respectively. It can be used in men and women. The scientific data for Minoxidil is extremely good in comparison, and its efficacy has been proven in many clinical studies. An application duration of about half a year is necessary to see an effect.

Minoxidil was originally developed for the treatment of high blood pressure. 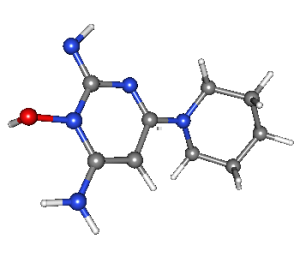 In many cases (unwanted) hair growth was found to be a side effect during application. By developing external forms of application, attempts were made to reduce the effect on blood pressure and at the same time to make the treatment of hair loss possible. In the United States, Minoxidil has been on the market as a drug since 1986. This is facilitated by the fact that the scalp is relatively impermeable to this active ingredient.

After the patent expired, there are numerous suppliers on the market, and other dosage forms such as a foam were developed.

How does Minoxidil work? (mechanism of action)

Despite its widespread use, the exact mechanism of action of Minoxidil is still unknown today. The lowering of blood pressure is caused by an attack on the potassium channels of the vascular muscles, which relaxes the muscles and thus increases the size of the blood vessels and thus lowers blood pressure. It is assumed that a similar mechanism of action is effective in the area of the hair growth zones (dermal papilla).

Further points of attack appear to be growth hormones such as the vascular endothelial growth factor (VEGF ) and prostaglandins as well as an inhibition of inflammatory processes which occur in the catagen phase. A suitable dermatological basis is also decisive for the effect of Minoxidil since the active ingredient itself is hardly soluble in water and can therefore hardly overcome the skin barrier alone. therefore, many solutions contain propylene glycol to improve penetration. Propylene glycol works much better than ethanol.

But also glycerine is suitable for this and is used in the dosage form of the foam. In animal studies, the foam showed 2-3 times higher absorption than the solution, which is used as an argument for the marketing of this product.

Regaine prevents excessive hair loss and stimulates hair growth in both men and women, promotes the regrowth of new hair in areas that have already been thinned or bald, and strengthens existing downy hair.

For men, the application of the solution with 5 % (1 ml twice daily) is recommended because it works stronger than 2 %. Whether therapeutically seen the foam brings greater success than the solution is not yet sufficiently scientifically documented after six months the effect should be checked, and in case of a therapy success should be continued

For women, the 2 % solution (1 ml twice daily) is recommended. There is not enough data to recommend a 5% solution for women. Again, the effect should be checked after six months and continued only if the therapy is successful.

In comparison to most other products, there are numerous studies that prove the efficacy of Minoxidil and there were no significant differences in the use of 2% (twice daily) and 5% (once daily).

The active ingredient finasteride is generally somewhat problematic in women due to its hormonal activity, but the available studies show no efficacy either.

How to use Minoxidil (Application)

The active ingredient is applied to the scalp either as a solution or foam and rubbed into the scalp. Hands should be washed after application.

Some patients may notice increased hair loss during the first months of use. This is temporary and is just an indication that the activation of the hair will temporarily cause more hair in the telogen phase to return to the growth phase (anagen phase), so treatment should continue and hair loss will normalize within a few weeks or months.

There is no evidence that Minoxidil has any benefit for patients with Alopecia areata, Alopecia totalis and Alopecia universalis.

Minoxidil will not cure hair loss. Within 60 to 90 days after completion of treatment, the hair will fall out if the use of Minoxidil is discontinued. The obligation to use is therefore long term

Minoxidil must be used for 4 months to 1 year to see the results. It may also be the case that despite this long use no efficacy is observed.

The active ingredient may grow unwanted hair in some people in other areas where this topical treatment has not been used.

For patients with hypertension special caution is advised as Minoxidil may interact with the other medications.

In many countries, use for women is limited to the 2% solution.

Large bald areas or a long history (more than ten years) of hair loss are less sensitive to Minoxidil.

Some people are hypersensitive (allergic) to Minoxidil or one of the other excipients, which can trigger severe skin reactions.

An effect will be reduced or absent in certain circumstances, such as:

What side effects may I notice from this medicine?

Frequent (more than 1% of patients):

Hair growth in undesirable areas is also a frequently observed phenomenon. However, it is based on a wrong application as a systemic side effect. In particular, avoiding the transfer of active substances through the pillow should be tried. This can be done simply by applying the minoxidil 2 hours before bedtime, allowing sufficient time for it to dry.

Combine Minoxidil with other products

The active ingredient has a very unique mechanism of action, and for many users, the question arises whether it makes sense to combine Minoxidil with other products to enhance the effect.

Unfortunately, the interest of the pharmaceutical industry in the use of such combinations is relatively low, everyone wants to market their own product first. There are only very few studies that deal with the combination of Minoxidil with other active substances at all. Therefore, there are only extremely few studies of such combinations that pay for themselves with small patients and relatively uncertain results do not allow a clear recommendation.

Since both products have different approaches, it is obvious that they should complement each other.

Two studies investigated which of the two products should be better. Unfortunately, the results are contradictory, so that no clear statement can be made about this.

As already mentioned above, however, it may make sense to combine the two preparations anyway, which complement each other in their mechanism of action.

Blumeyer A, Tosti A, Messenger A, et al. Evidence-based (S3) guideline for the treatment of androgenetic alopecia in women and in men. J Dtsch Dermatol Ges. 2011 Oct;9 Suppl 6:S1-57