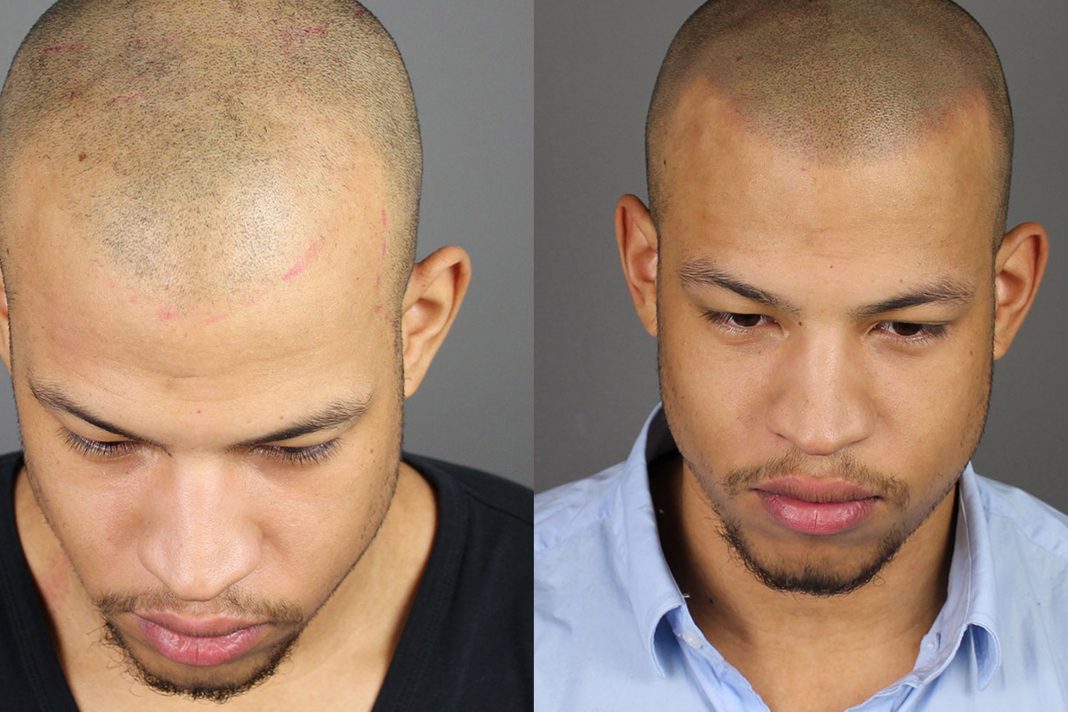 Permanent tricopigmentation is a technique aimed at definitively covering hair loss through the creation of a sort of tattoo that simulates the presence of rising hair on the scalp. This technique is performed with specific pigments that allow making little deposits that look as much as possible like real hair on the scalp. It is called permanent tricopigmentation because the pigments are very similar to those used for the tattoos and therefore will never totally disappear.

POTENTIALS AND LIMITS OF PERMANENT TRICOPIGMENTATION

Permanent tricopigmentation is the alternative choice opposed to the other version of this treatment, the temporary one. Both of them allow to intervene in all the causes of hair loss performing the shaved effect, density effect or scar camouflage treatments, but they differ as far as the duration of the pigment is concerned. In fact, the permanent version does not require the typical annual touch ups of the temporary one and, in general, lasts much longer.

As mentioned above, for the permanent tricopigmentation long lasting pigments, namely that last around 10 years, are used. This does not mean that the treatment will totally disappear in 10 years, otherwise it would not be called permanent, but that at that point the pigment will be degraded and it will be necessary to retouch it. In general, in order to keep a result as good as it is in the immediate post-treatment some touch ups are required even before this long deadline, like every 3 or 5 years from the initial treatment, depending on the case.

Permanent tricopigmentation is a good choice for whoever suffers from the hair loss problem and wishes to find a long lasting solution that will allow them to not to worry about it continuously. The look that can be achieved with tricopigmentation is very realistic and does not require frequent touch ups. The main advantage of the permanent version of tricopigmentation lies in the fact that once it is done you can leave it behind and your aspect will be good, maybe not forever, but long enough to almost forget about it. Moreover, since the maintenance sessions are less frequent, the treatment ends up being less expensive than a temporary tricopigmentation (if the initial cost is the same).

Curiously, the fact that it lasts longer is indeed an advantage, but, on the other hand, it is also the main disadvantage of this technique. The only way to totally remove it is with laser and even only to modify it a little bit, for example, to change something in the hairline, you will need laser again.

Another risk of the permanent version is that the quality of the result may not always remain as high as it should. Even using the best and most stable pigment in the world, it remains true that the skin is a changing tissue and as a consequence, also the pigment it contains will change with it. Tricopigmentation, permanent or temporary, foresee to make very small dots. To be realistic and natural it is really important that these remain such, without expanding or changing in the color or in the shape. This element is not always guaranteed using any kind of pigment.